BikePacking: Lighten the load, and enjoy!

Compared to the backpackers I see traveling hostel to hostel here and abroad, bicycle camping is a liberating experience. Not only can you cover distances in a day that might require a week of more hiking, but moving the load off your body and on to the bike makes the traveling a fraction as tiring—not that you can't find a way to get tired cycling with a load. 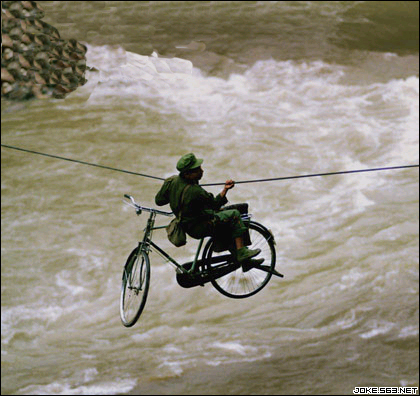 Traveling light can open the door to possibilities
I am always fascinated by English tourists that I see at rallies who seem to have everything they need, yet carry very little on the bike (Camping with 25 LB of gear). I remember at a Moulton rally in England I was riding with a group along a tow-path and we saw a number of overloaded cyclists with large panniers (front and rear) and a rack piled high with perhaps 80-100 lbs of gear, all riding suspended ATB style bikes. As it turned out they were all Americans and their gear and gadgets looked like they were purchased late the day before the ride. They were only managing 40 miles per day (nothing wrong with that) after being on the road all day with break downs etc, though their goal was 75.

The Hostel backpackers, despite taking buses and trains to Hostels, were loaded heavier than Marines on re-con duty without packing of weapons and ammo or before technology lightened the need for one guy to transport the lead-based radio batteries for a weeks use.

They universally carried a fully loaded expedition pack on the back, a belt pack, a large day-pack (worn reverse front) and most had a smaller duffel attached in front of that. They were loaded for an overseas move rather than traveling. I suppose a gal or guy backpacking or cycling on a budget will carry everything that they might need rather than what they need, to avoid the expense of an on the trip purchase. If they left the CD player (and CDs) at home, or would fore go the iPod purchase, they could easily buy a souvenir sweatshirt or sweater if it got chilly on the trip. Many had a stove, but after 2 weeks had yet to cook water on their trip.

Look forward to cycling; indeed you should, rather than take one step with a load like I saw on these burdened backs. 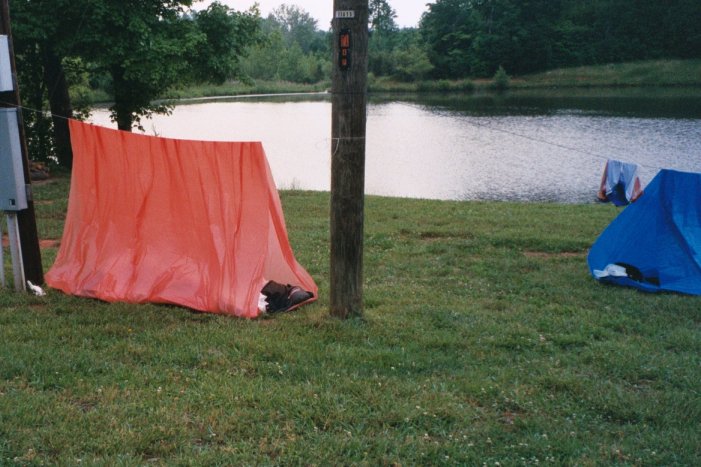 It's hard to beat a tube-tent for weight, cost and simplicity.
On all other counts, you can beat tube-tents handily, but they sure are simple.