An MK3 rebuilt from ashes

The Raleigh-manufactured Moulton Mark Three predated the space frame in the early 1970's. Though non-separable, these bikes were noted for their smooth and solid riding characteristics. The rear suspension rubber "Squash Ball" and lower pivot resemble the modern Moultons produced today. 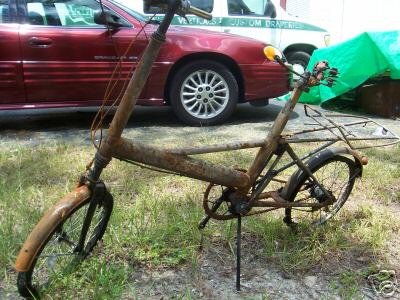 I bought this bike a while back after it had been in a fire. With the help of my friend John Greenwood, we were able to restore it using mostly modern components. 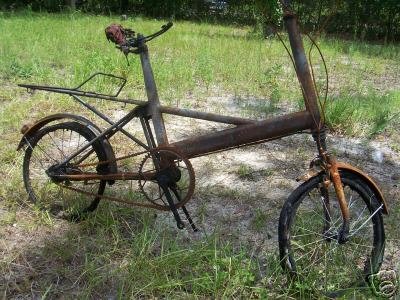 As it was so bad to start with, I never considered restoring to original, and we decided to upgrade it using modern components. 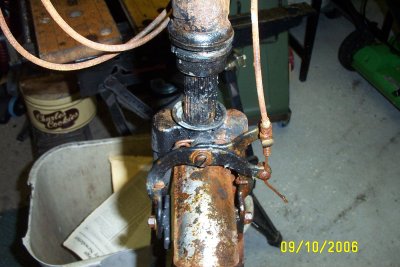 The fire had melted all the plastic & nylon parts. 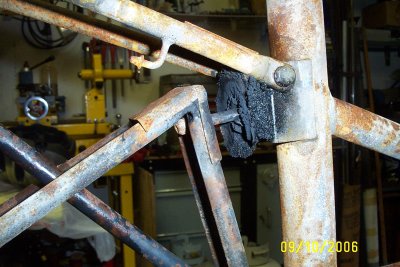 The fire had melted all the rubber parts as well, including the squashball! 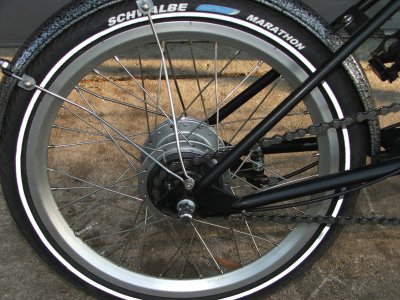 The rear swing-arm was widened to 135mm and a new wheel with a Nexus 8-speed hub installed. 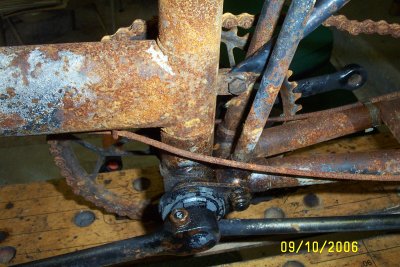 The Raleigh 26tpi bottom-bracket was rethread to standard BSC threading and cut down to the normal width. We used a Shimano UN72 BB, but still had to cut the rings slightly.

The new crank is a Campagnolo Triomphe—one I had on hand. I have always liked the look of these. This one has been modified for a single outer chainring (53 tooth). 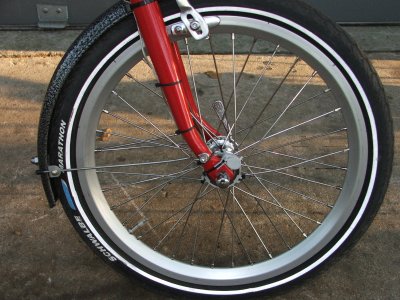 The front wheel was built-up with a narrow flange Sansin hub spaced to 88mm to fit the MK3 front forks. Velocity USA supplied a pair of hard to find 36 spoke 16" Aeroheat rims. Tires are Schwalbe Marathons. 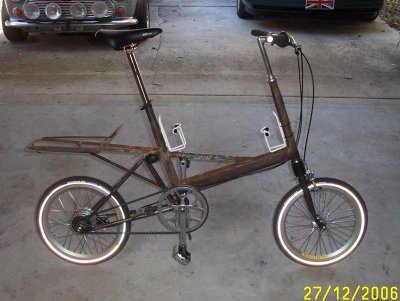 It was ready to ride by New Year's. 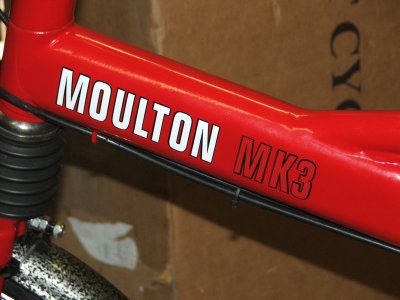 A local vinyl sign company duplicated the original decals. John Greenwood, a friend of mine, has done most of the work you see… 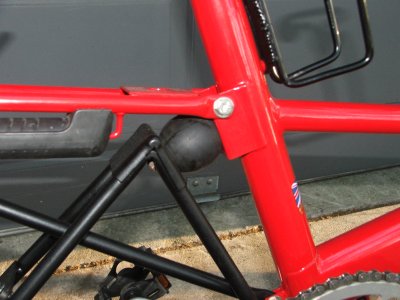 …including cutting down the front axle and skewer, giving us a nice quick-release front wheel that works like a champ.
New Squashball provided by Moulton Preservation. 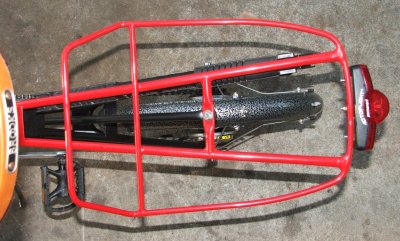 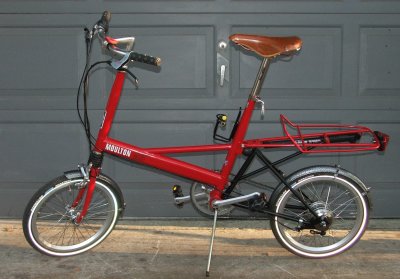 We also added a few braze-ons for a water bottle and fender stays. 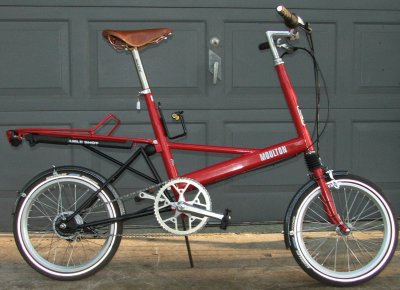 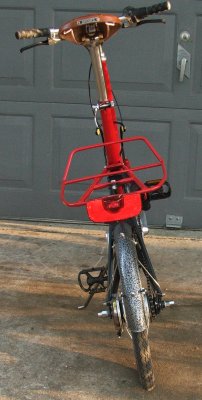 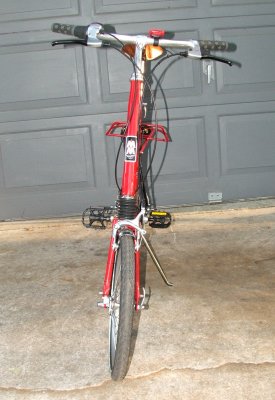 Finished out with a Nitto stem, handlebars, upper headset from an APB FX8 and an Avocet 30 cyclocomputer.

The bike rides great with the Nexus hub. All it needs now is the proper rack bag!